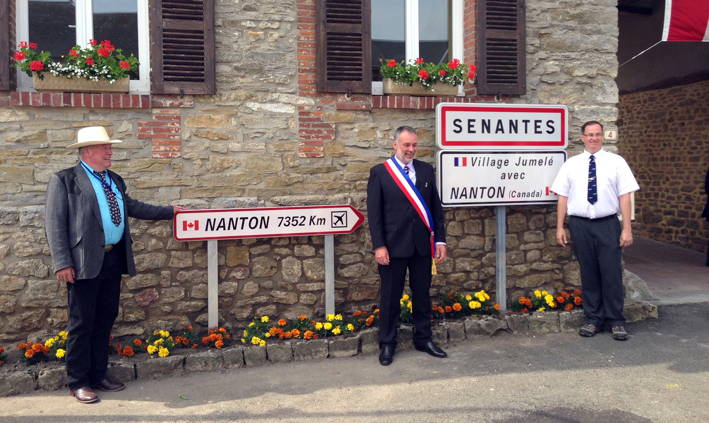 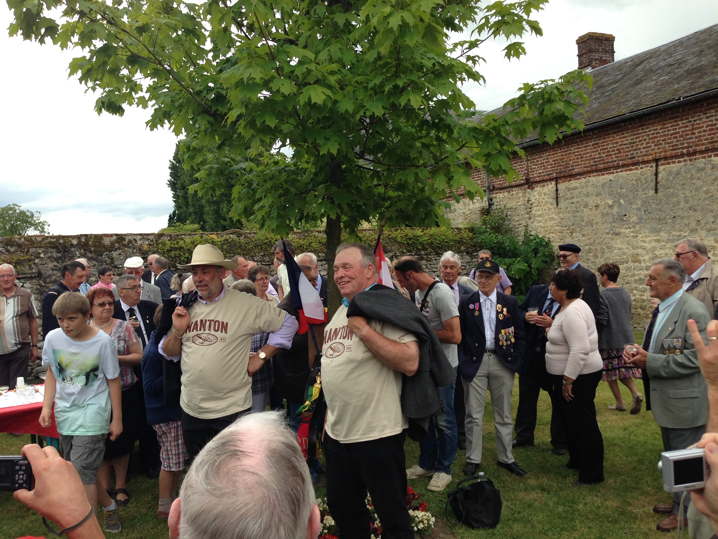 The two mayors at the receiption at the village office.

The march to the Memorial at the crash site.

The Senantes village hall was decorated for the occasion.

Why Have The Two Communities Entered Into This Agreement?

On August 4, 1944 S/L Ian Willoughby Bazalgette, a Canadian Lancaster Bomber pilot,
died in a valiant attempt to save his two injured crewmembers.
The reasons for the twinning, from the points of view of each of the two communities, are as follows:

THE TOWN OF NANTON, ALBERTA, CANADA


THE VILLAGE OF SENANTES, OISE, FRANCE 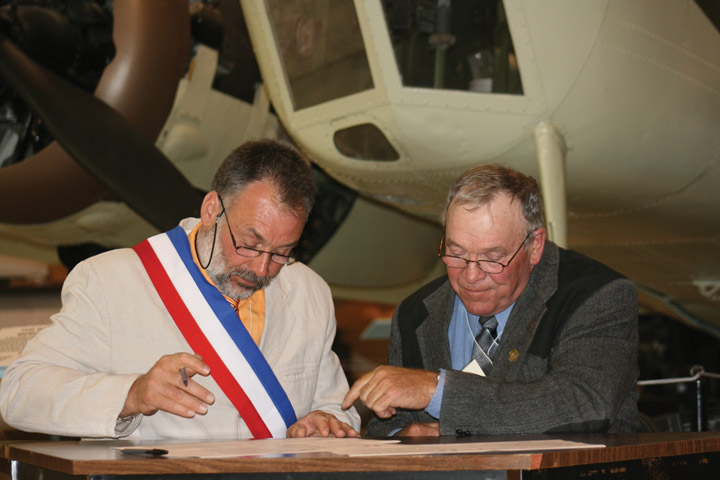 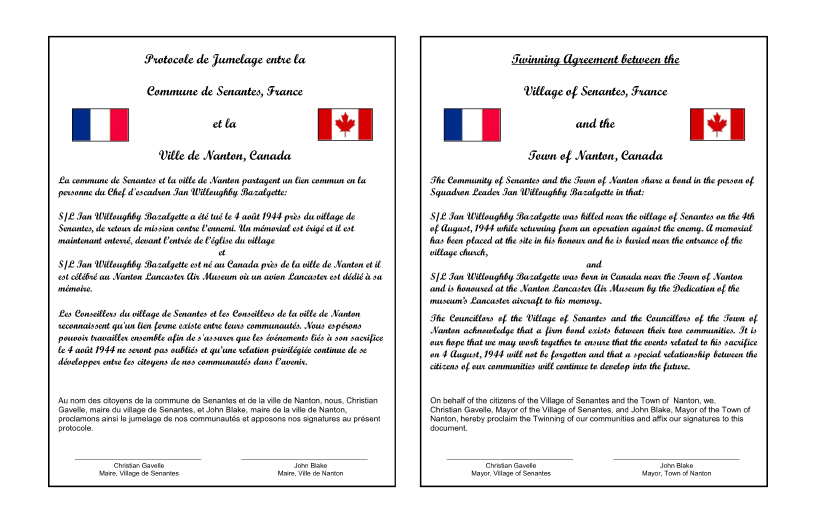 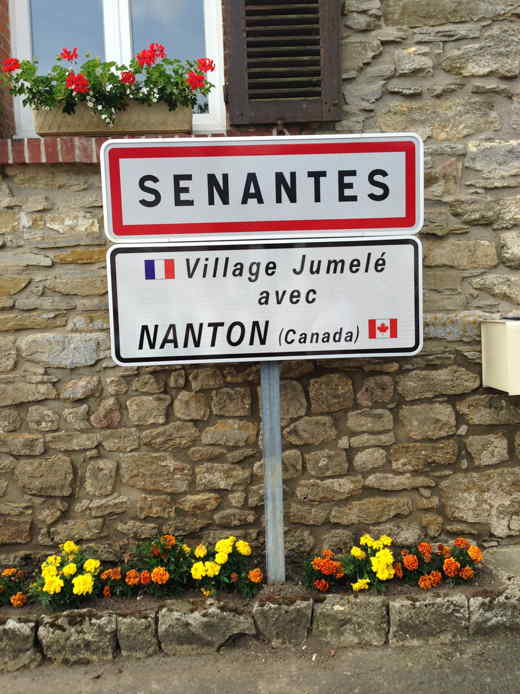 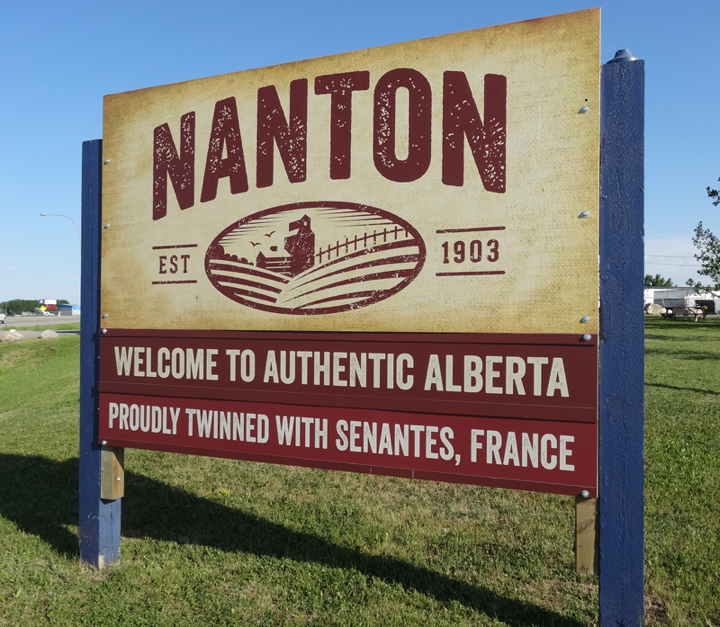