Murray Peden
- A Thousand Shall Fall

Having completed a tour of operations as a Bomber Command pilot, being awarded the Distinguished Flying Cross, and receiving commendations from his superiors such as, "excellent leadership and brilliant flying when attacked by enemy aircraft," "shown on all occasions outstanding leadership, courage and determination," "a very efficient captain who, throughout his tour of operations, has inspired the greatest confidence," and "fought a most successful engagement against determined enemy night fighter attacks, bringing his damaged aircraft, with wounded crewmembers, safely back," Murray Peden had all the experience necessary to know what a wartime career as a bomber pilot was like. But what sets Murray apart is having the wonderful talent to be able to weave his wartime experiences into what is generally regarded as the finest book written by a Bomber Command pilot about the campaign. Our museum has always stocked and recommended his book, "A Thousand Shall Fall."


Murray completed his training flying Cessna Cranes at No. 10 SFTS at Dauphin, Manitoba, Airspeed Oxfords at an Advanced Flying Unit at Kidlington, and at No. 12 Operational Training Unit at Chipping Warden aboard Wellingtons. At No. 1657 Heavy conversion unit, he learned to fly the huge, four-engined Stirling and then, still only nineteen years old, he was ready for wartime operations.

Murray's wartime flying included bombing operations in the Stirling with No. 214 Squadron as well as flights with No. 161 Squadron dropping arms, equipment, and supplies to the French Resistance. Later he flew B-17 Fortresses with No. 214 Squadron. These aircraft were crammed with newly developed, and secret, electronic devices. Murray recalled that, "We went to war without bombs but with Tinsel, ABC, Mandrel, Jostle and all the other countermeasures invented by the Telecommunications Research Establishment at Malvern. The crew included a "Special Wireless Operator," a fluent German-speaking airman whose primary function was to tune his powerful jammer -- code-named 'Jostle' -- to the frequencies being used by the German night-fighter controllers and blot out their transmissions to their own questing night-fighters."

Murray's closest call was when, after being heavily damaged by an Me 410 fighter that wounded two of the crew, he flew back to England with an engine on fire. The right main tire had been shredded and the Fortress swung off the runway upon landing, striking a Lancaster that had landed with a 12,000 pound bomb still on board. The Lanc was cut in half. Following his thirtieth operation, Murray was posted as an instructor and awarded the DFC.

Following the war, Murray attended the University of Manitoba where he graduated with a Law Degree and after some time in private practice, spent twenty years as Chairman of the Manitoba Securities Commission. In 1979 he had two books published, "Fall of an Arrow" which told the story of the Avro Arrow and, "A Thousand Shall Fall." Shortly thereafter his third book was also published, an autobiographical work entitled "Hearken to the Evidence" recounting some of his experiences as a young Crown Attorney.

Murray's response was, "This is a tribute I will never forget, I assure you; and I am absolutely delighted that you are inclined to make this gesture. Apart from the great distinction you thus confer on me, your actions, to my mind, mark a deeply satisfying recognition of the wartime service of so many other young men at No. 5 EFTS, High River, and I find that richly rewarding indeed." 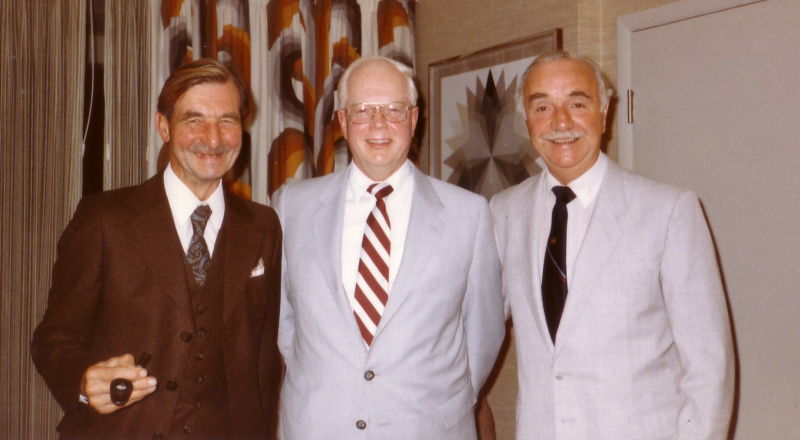