As part of the museum's celebration of Canada's Centennial of Flight, "Remembering Baz" commemorated the sixty-fifth anniversary of S/L Ian Bazalgette's Victoria Cross flight and celebrated the "Twinning" of the Village of Senantes, France with the Town of Nanton.

Our special guests included the Mayor of Senantes, Christian Gavelle and his wife Sylvie and Siméon Desloges and his wife Nelly who travelled from France to attend.

Mayor Gavelle and John Blake, Nanton's mayor, signed the twinning document that, "acknowledges that a firm bond exists between the two communities," and refers to the hope that S/L Bazalgette VC, "will not be forgotten and that a special relationship between the citizens of the two communities will continue to develop into the future."

As a nine year old boy, Siméon Desloges watched S/L Bazalgette fly over his farm only seconds before landing the aircraft. Artist Len Krenzler depicted Siméon in his painting that was formally placed on display during the event. Siméon signed the painting as did Baz's nephew, Charles Bazalgette and two No. 635 Squadron veterans, Doug Curtis DFC and Harold MacLeod DFC. 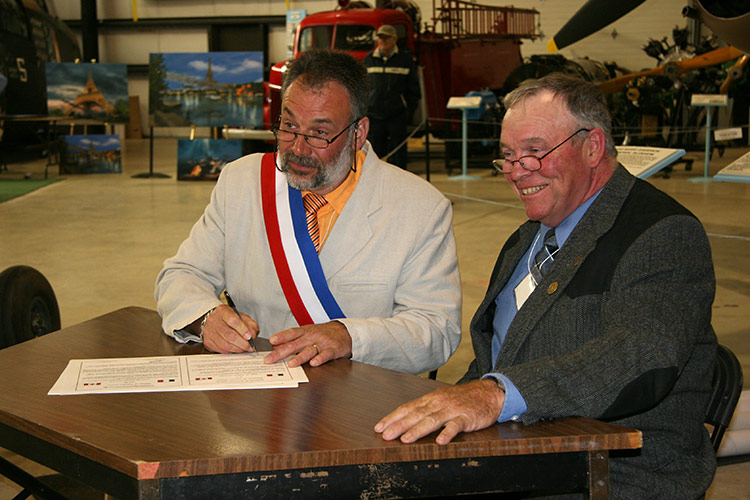 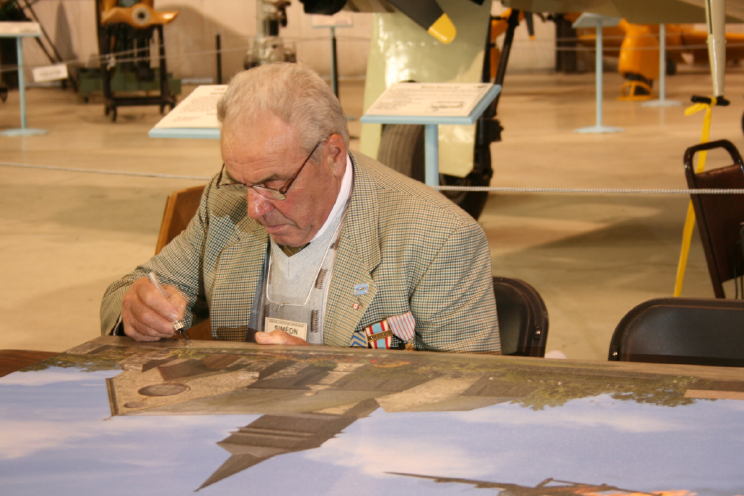