Outwardly there was little difference in appearance between the various mark numbers, the principal variations being in power-plant and internal equipment. the Oxford I was a bombing and gunnery trainer, and featured a dorsal Armstrong-Whitworth turret - the only Oxford to do so. The Mk.II was similarly powered, and was equipped as a navigation and radio trainer. This was likewise the function of the Mk.V, powered by two 455 h.p. Pratt & Whitney Wasp Juniors and was chiefly used in Rhodesia and Canada. The only Oxfords used in Canada were the Mk. I, Mk. II and Mk.V. During the war period a number of Oxfords were also in service with the Fleet Air Arm as naval crew trainers.

In Alberta, the Oxford served as a twin-engine trainer 36 SFTS (Penhold).

During the museum's early years, an Oxford centre section and many other parts were collected with the ultimate goal of restoring an Oxford for the museum. However, with our current focus on the Avro Anson restoration, it was decided to donate our Oxford material to our museum's friends at the Harvard Historical Aviation Society at Penhold, Alberta. They are actively restoring an Oxford and will make good use of the material that we are providing to them.

A non-profit charitable society, the HHAS provides interactive and educational programming to commemorate and celebrate the unique history of the Penhold Military Base, the Bowden Military Base and the Red Deer Airport. An important part of this history is that of 36 Service Flying Training School. 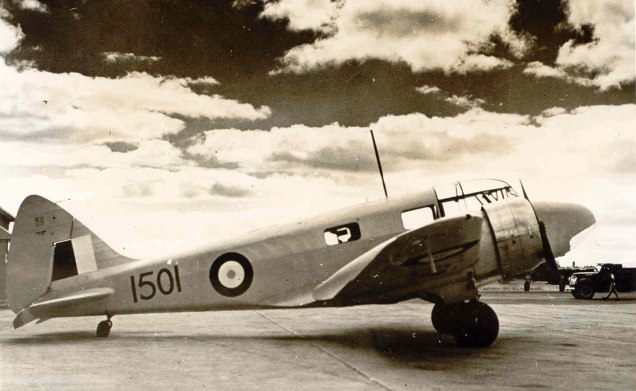 
Number of Airspeed Oxfords Used in Canada During WWII