Robert Clothier
- "Relic" of the Beachcombers was a Bomber Pilot 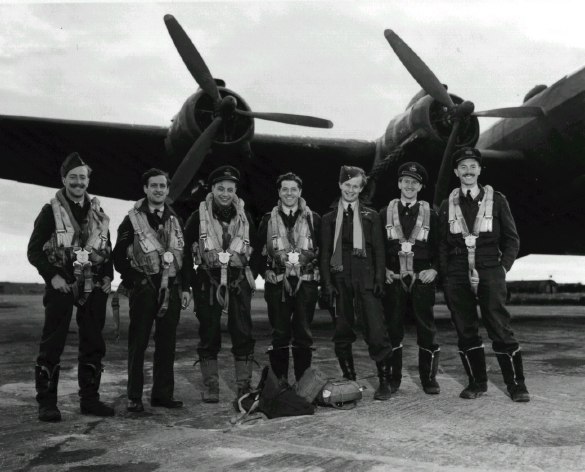 
"The Beachcombers" was arguably the most successful CBC Television drama of all time. The longest running series drama in Canadian television history, it ran from 1972 until 1991 and has been translated into five other languages, and shown in 37 different countries. The program, which included a good measure of comedy, featured the small town exploits of a group of competitive seafarers who tried to salvage logs that drifted onto the beaches of British Columbia. Filmed on location in Gibson, British Columbia, the program starred Bruno Gerussi as Nick, Rae Brown as Molly and veteran Canadian actor, Robert Clothier as "Relic," an unscrupulous adversary and rival beachcomber to "Nick."


Robert Clothier was born in Prince Rupert, British Columbia in 1921 and attended St. Georges School in Vancouver. Like many of his contemporaries, he joined the Royal Canadian Air Force at an early age. He learned to fly at #1 Elementary Flying School and #4 Service Flying Training School.
He was awarded the Distinguished Flying Cross on December 5, 1944, the citation reading,

This officer has completed numerous sorties in the role of pilot,
involving attacks on most of the enemy's heavily defended targets.
On all occasions he has pressed home his attacks with great determination
and by his personal example of courage, coolness and confidence
has set an example which has inspired all with whom he has flown."

On December 23, 1944, while serving as an instructor with No. 5 Operational Training Unit, Boundary Bay, B. C., F/L Clothier was the pilot of a B-25 Mitchell that crashed on takeoff. Three on board were killed, and Clothier was the only survivor, but was severely injured with a broken back. He was paralyzed from the waist down for two years. At the time of his injury, Clothier had some 1204 hours flying time, in Tiger Moths, Cranes, Ansons, Hampdens, Oxfords, Wellingtons, Lysanders, Martinets, Halifaxes, Lancasters, and Mitchells. He had flown 260 hours in Hampdens, 364 hours in Wellingtons and 111 hours in Lancasters. 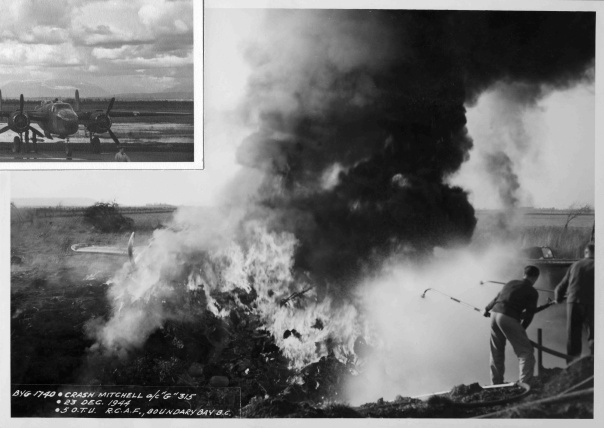 Following the war, Clothier studied architecture at the University of British Columbia and also attended the Royal Academy of Dramatic Arts in London. As well as having a successful television career in which he played more than fifty roles, Clothier was a highly accomplished stage actor.

The smiling airman in the centre of the crew photo (to the left of Bob Clothier) was the crew's navigator, F/O Santy Joseph De Zorzi.

Born in Italy, he was living in Toronto, Ontario when he enlisted in October, 1940. He trained at #1 Air Observers School and #1 Bombing and Gunnery School from which he graduated in August, 1941.

Commissioned in 1943, he was awarded the Distinguished Flying Cross in November, 1944. The citation reads, "As navigator, this officer has completed numerous sorties including such targets as Mannheim, Cologne and Essen. His ability has been outstanding and throughout he has displayed great keenness and zeal. He has played a worthy part in the successes obtained."

Ron Bates, Santy De Zorzi's nephew, recalls, "He was my brother's and my hero and played a huge role in our growing up, especially as kids during the summers at his Haliburton cottage. He had the highest praise for Bob Clothier who he was convinced was the best pilot in the RCAF. His picture (following the awarding of the DFC) made the Toronto newspapers and we were all so proud."