Their work was not without danger. Accidents during bomb and fuel loading or while assisting at aircraft crashes often had fatal consequences and enemy intruder aircraft attacked Bomber Command airfields. 530 ground crew lost their lives during the war.


"They worked in rubber boots, turtleneck sweaters, and sleeveless leather jerkins. They would get cold and wet, clambering up the metal scaffolding, changing props or guns or aerials. The two hangars on the base were only used for major overhauls, all other work was done in the open, day or night, rain or shine. Groundcrew were masters of improvisation, designing and making special tools that could make the work go faster. Perhaps the most surprising thing about them was their cheerfulness." 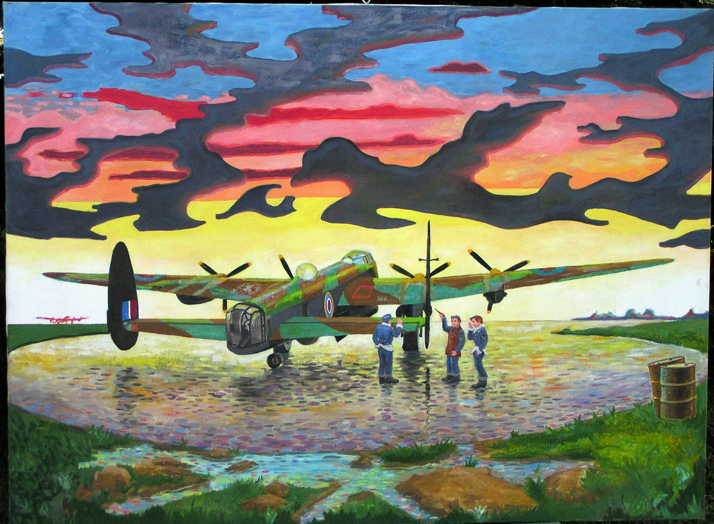 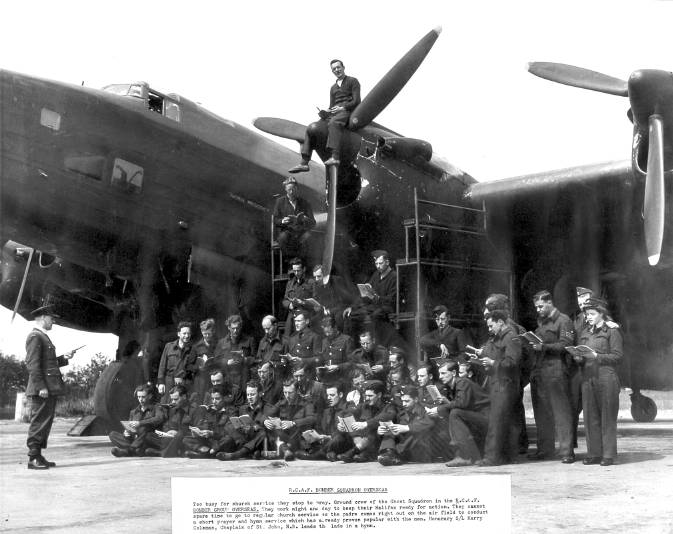 Obviously posed, this photograph was taken by the RCAF at Middleton-St. George.
After training at St. Thomas, Ontario, Delbert Leonard "Del" Todd of Nanton, Alberta became an airframe mechanic with No. 428 Squadron
and worked on both Halifax and Lancaster Bombers from June 1942 until August 1945.

During the war, the Canadian government sold "Victory Bonds" to raise money for the war effort and photographs such as these were used to encourage their purchase. Del's older brother, Bain Todd, was stationed in Newfoundland during the war. One day he was walking past a photographer's shop when he noticed a window display advertising the sale of Victory Bonds. The above photo was featured in the display. Bain was astonished when he recognized his brother, LAC Todd, sitting in the front row of the ground crew assembled in front of the Halifax. He spoke to the photographer in the shop who offered to give Bain the photo once the ad campaign was complete. Bain carefully wrapped the photo and mailed it back to their mother in Calgary. When Del finally returned from England, Bain gave his brother the photo. It hung in the Todd's living room in Nanton until Del donated it to the museum. Del Todd is sitting in the front row center (fourth from the right).


The caption that is still in place below the photo in the museum reads as follows: