Henry's only son, Ronald Henry Jenkins, was born on 8 July 1913. He grew up around the grocery store business while attending Earl Grey and Western Canada High School before graduating from Mount Royal College. In 1934, Ronnie joined Jenkins Grocerteria as an inventory clerk and traveller. At that time the business consisted of a network of several stores, a bakery, and a wholesale grocery branch. The responsibility for the country stores fell on Ronnie.

At age 29 Ron left the family business to join the Royal Canadian Air Force, reporting to No. 4 Initial Training School at Edmonton on 18 April 1943. F/O Jenkins graduated as a pilot during October 1943 and was posted overseas. Following further training at an O.T.U., he was posted to No. 434 Squadron on 21 December 1944. His crew was made up of F/O A.W. Savage, navigator; F/O R.J. Hines, bomb-aimer; F/Sgt N. McLean, wireless operator; Sgt. D.C. Foss, flight engineer; Sgt. T.B. Baird, rear gunner; and F/Sgt K. Moodie, mid-upper gunner. 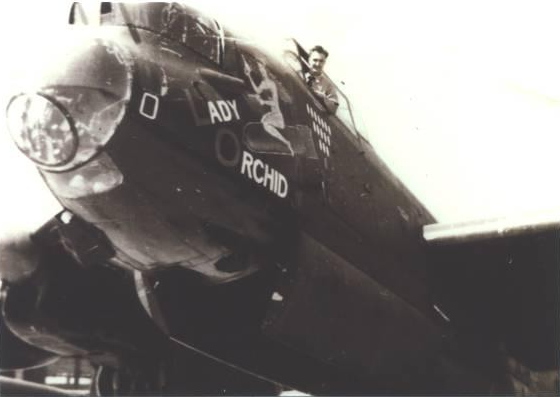 Lady Orchid with Fred Bendus in the cockpit.

During the early 1950's, Lancaster Mk X's were being modified for post-war service in the RCAF. Shortly after conversion work was completed on Lancaster FM-213, a crew stalled the aircraft over the runway at Greenwood, Nova Scotia, lost control, ground-looped, and then the starboard undercarriage collapsed. When the inspection team checked the aircraft they reported repairs could be made but a replacement centre-section would have to be found. There were no other centre-sections in Canada according to RCAF records but Bud Found, who had been in the business of locating aircraft parts for the air force, recalled the farmer in Penhold and his plans to build a shed. A phone call was made and the farmer was willing to sell Lady Orchid. The largest railway flat-car in Canada was sent from New Brunswick to Penhold in order to carry the centre-section to Downsview, Ontario where KB-895's centre section was inserted into FM-213 during July 1953. FM-213 went on to fly ten years with No. 107 Composite Unit at Torbay, Newfoundland, and today flies as KB-726, VR-A, known to all as the Mynarski Lancaster. 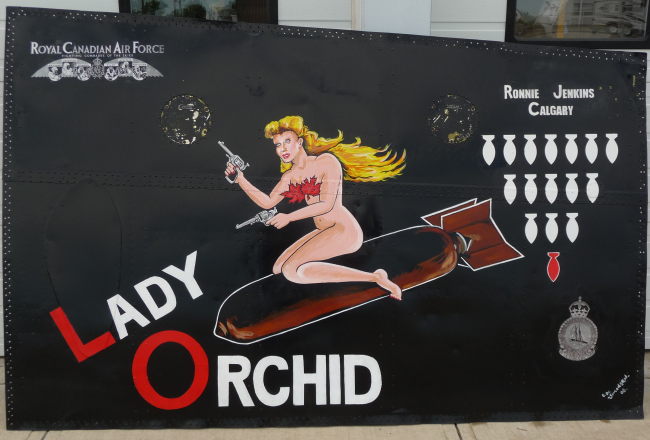 This Replica Nose Art by Clarence Simonsen is on display in the Museum.


Rudy St. Germain of Timmins, Ontario served as an air gunner with the No. 434 Squadron crew piloted by Terry Coghlan of Sudbury, Ontario. Rudy was part of the crew that took "Lady Orchid" across the Atlantic. It appears to have been a perilous trip. Ron Jenkins' logbook noted the 7 hour and 45 minute leg from St Maugans, Cornwall to Santa Maria in the Azores as a "tough trip" and referred to "broken hydraulics" and "three engines." They were on three engines again on the 8 hour leg between Lagens and Gander and again on the final leg before landing at Dartmouth, Nova Scotia. 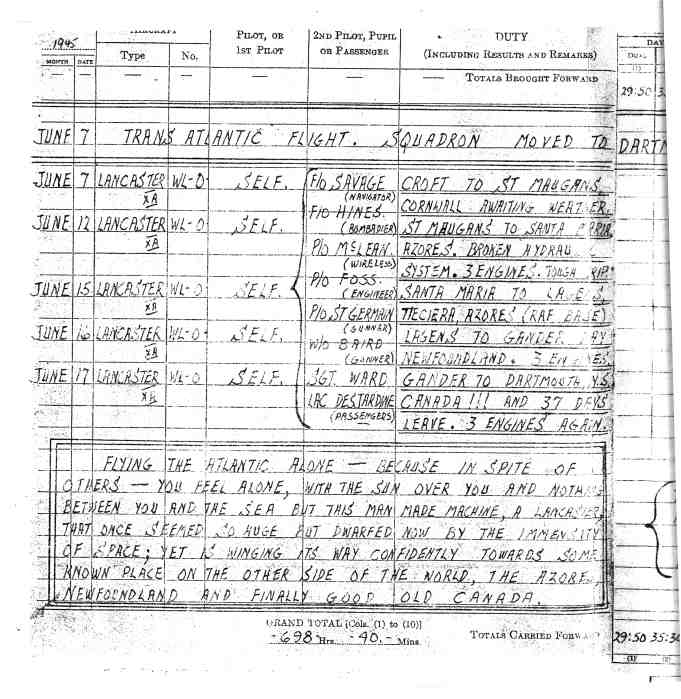 
During the flight, Rudy wrote the following words which Ron Jenkins considered a "Good Thought" and subsequently copied into his pilot's logbook, "Flying the Atlantic alone - because in spite of others - you feel alone, with the sun over you and nothing between you and the sea but this man-made machine, a Lancaster, that once seemed so huge but is now dwarfed by the immensity of space; yet is winging its way confidently towards some known place on the other side of the world, the Azores, Newfoundland and finally good old Canada." 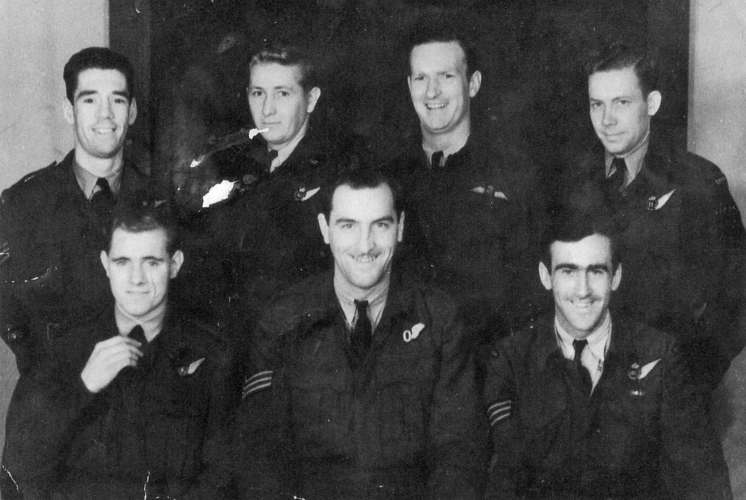