A Night Out with Bomber Command
- Searchlights, Watching Friends Die, and Ice

Our aircraft was a twin-engined Vickers Wellington with Hercules radial engines.
Our crew of six consisted of: 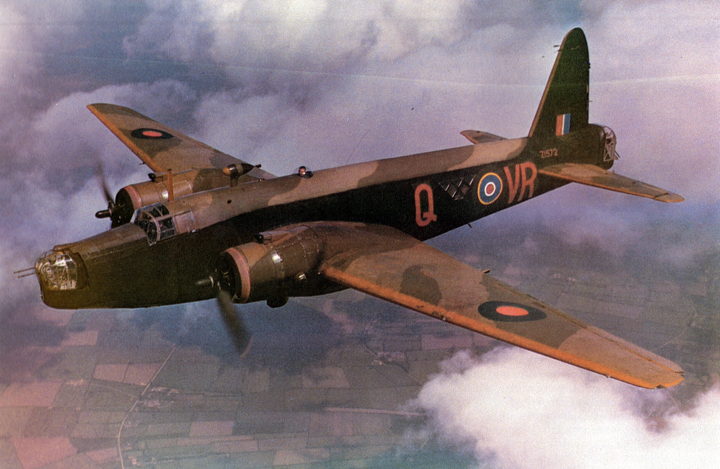 
On the 10th of January 1942, our crew was ordered to do a bombing raid on Wilhelmshaven which was home to a great U-Boat base.

I was serving as front gunner that night. We didn't at that time have powerful enough bombs to do much harm to the huge concrete reinforcements protecting the submarines. Our job was to damage worker's homes, take out rail services, and set fires.

We were still quite a few miles from our target when we were suddenly coned by searchlights. Dick Laing was an extra good pilot. He immediately put our plane in a steep sideslip. We lost hundreds of feet if not more of altitude, but we also lost the searchlights.

We kept heading for the target and regained our bombing height. As we flew along, I suddenly saw a 101 Squadron sister plane caught in searchlights quite close to us. I watched for a second or two for evasive action, but he flew on. As so often happened with searchlights, the pilot was temporarily blinded by the sudden intense light.

Next thing I saw a little spiral of smoke leave their aircraft. Next a bright flash and a large column of smoke. Then the aircraft tipped down. I knew it has to be bad and a few days later it was confirmed all six of our friends had been killed in action.

We flew on, completed our bombing run, then headed for the North Sea and home. Almost halfway home our skipper came on the intercom to our navigator saying we were iced up so bad he couldn't maintain height. We flew on and I could see a huge ice buildup on the front of the wings. It was on all the other leading surfaces no doubt.

Then the skipper came on again and told the navigator to try and pinpoint a buoy because our fuel may not last.

We kept losing height and at about 5000 feet there was a great shake to our aircraft and a big chunk of ice broke off one wing. Suddenly another big shake and I saw ice leave the other wing. We lost ice from other places too, and somehow it damaged our wireless so we could still send out, but not receive. Jimmy Paton, out wireless operator that night, sent out SOS several times not knowing if we were being heard.

Suddenly we could detect a searchlight away ahead -The English coast! As we approached the light it pointed straight up. Then it slowly lowered giving as a direction. As soon as we got on that course, another searchlight came on and changed our course. Suddenly airfield lights ahead of us came on and we landed.

Turns out we landed at Duxford, an American Bell Aircobra station. They gave us beds and a good meal after we had been interrogated by an RAF officer.

Next day we flew back to base.


Written in June 2019 by Winston Parker 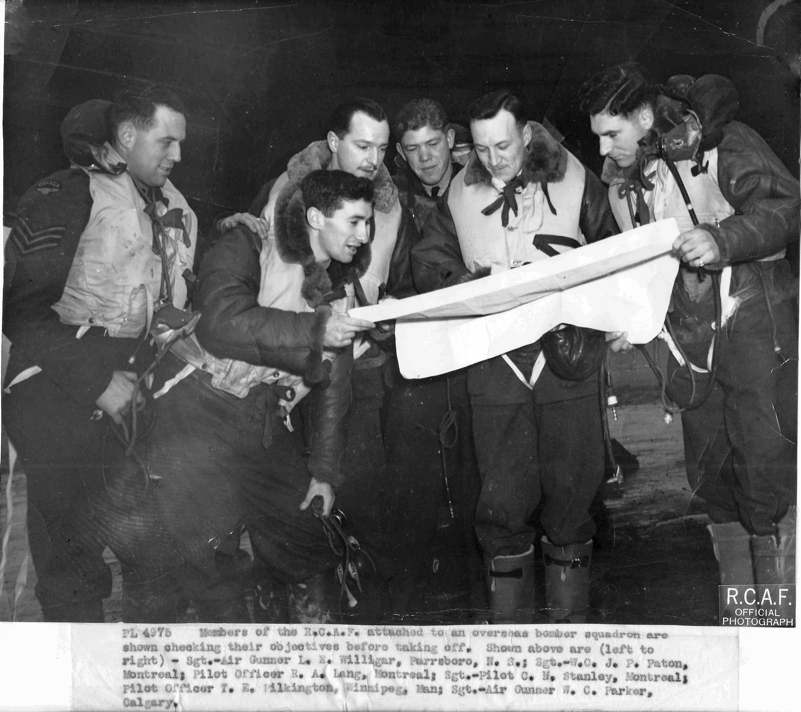