On 31 January, 1945, Minnie Simcoe was screened from further operations (grounded) and presented to Wing Commander Mitchell who had received a posting to other duties. Her travels after that and her whereabouts in 2008 were not known to Clarence, our museum, or anyone in Simcoe.

Clarence Simonsen, a member of the museum, first heard about Minnie in the late 1980's through his research into the nose art that was painted on No. 431 Squadron aircraft. He expected to be able to locate images of the doll painted on some of the squadron's aircraft but could never find any. However he has continued to be fascinated by the story of the doll, her relationship to the City of Simcoe, and the doll's connection with the World War II airmen. Clarence believes that this history is important. In January 2008, he decided to try to do something to ensure that it would not be lost. 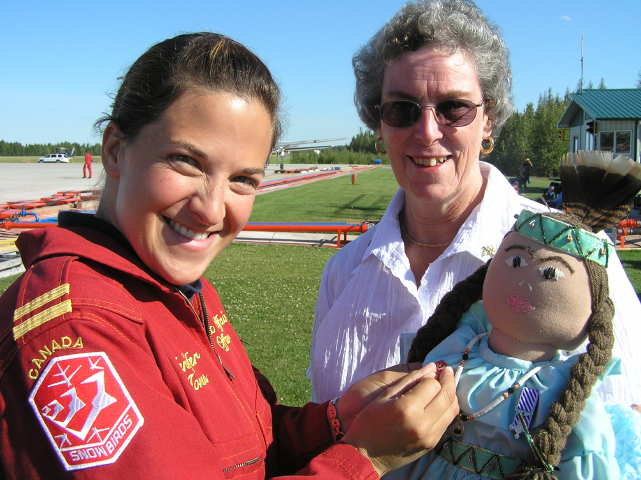 Minnie Simcoe receives a "Snowbirds" pin from Captain Jennifer Jones
prior to Minnie's flight with the Snowbirds at Rocky Mountain House airshow. 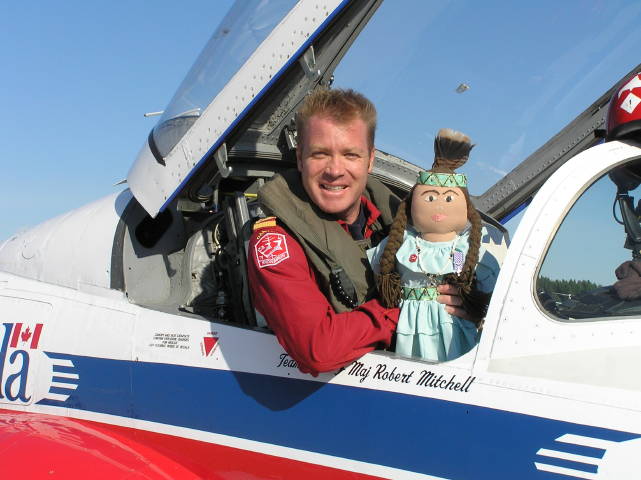 Following the Canada-wide publicity generated by the Minnie Simcoe replica's flight with the Snowbirds, the original Minnie was located in a trunk in the home of W/C Mitchell's daughter, Kathy Mitchell. 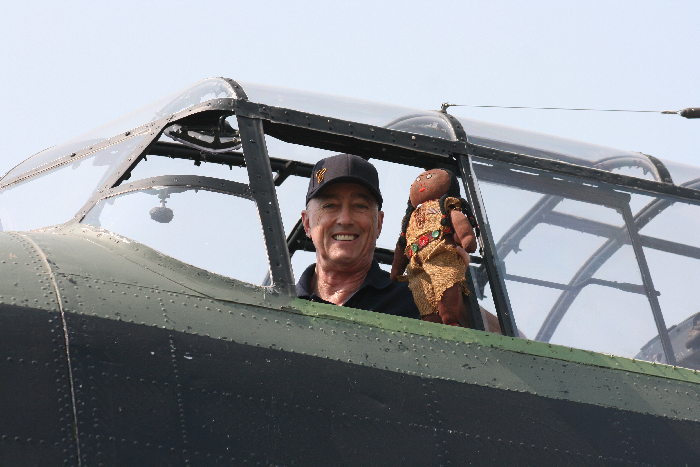 Peter Mitchell and Minnie in the cockpit of the museum's Lancaster.


Our thanks to Leighton Peach and the Simcoe Reformer for information and quotations that have been incorporated into this article.
Thanks as well to Clarence Simonsen and Bill Heron for making the results of their research available to us.