On 31 March 1945, Bomber Command dispatched 469 aircraft to attack the Blohm & Voss shipyards at Hamburg where new types of U-Boats were being assembled. It was to be a daylight attack.

Two hundred of the bombers were from 6 Group. The end of the war was just over a month away. However, it was still a dangerous time for Bomber Command aircrew.

As the third wave flew over the target in a loose 'gaggle' formation, the 6 Group bombers were swarmed by thirty of the Nazi's new Messerschmitt 262's. Operational in mid-1944, the Me 262 was the world's first jet-powered fighter aircraft. With a maximum speed of 900 km/h (560 mph), it was armed with four 30 mm. cannons and some carried 50 mm rockets. 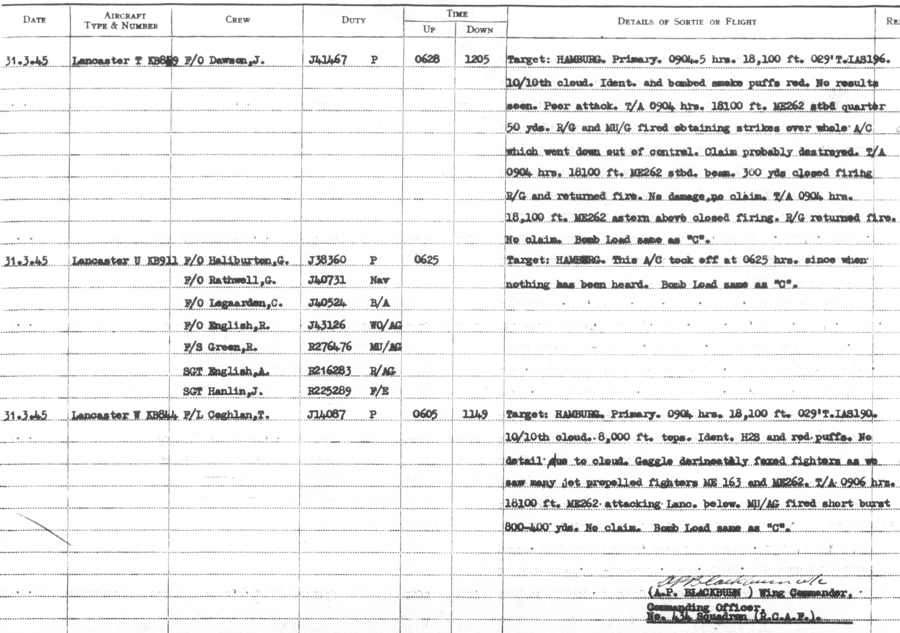