Joe flew thirty operations on Lancasters with No. 625 Squadron. His closest call was when he narrowly avoided a mid-air collision. Joe recalled, "It happened as we were approaching a turning point. Another aircraft had already turned and passed directly across our path. I pulled back so hard I completely stalled the aircraft." 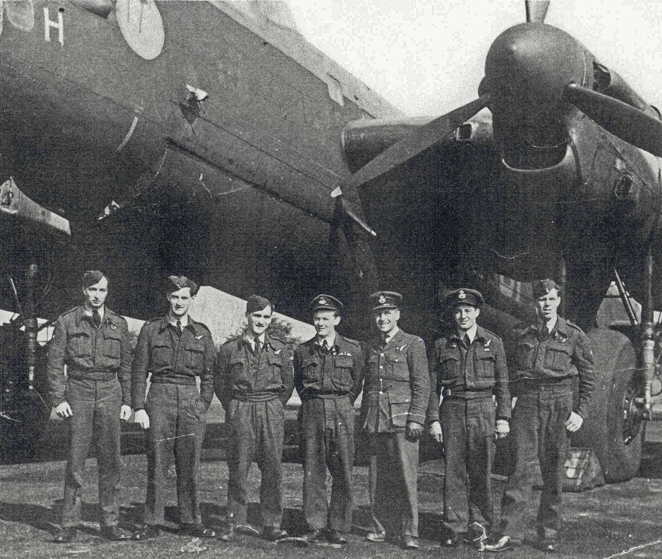 Joe English (center) and his crew.

Joe participated in two "Operation Manna" flights, dropping food to the starving Dutch. "My crew were first over the drop site. We had flown out over the North Sea and dropped down even lower over the city as we lined up to drop the food alongside a dyke. We all agreed it truly was the 'Best raid of the War.'" 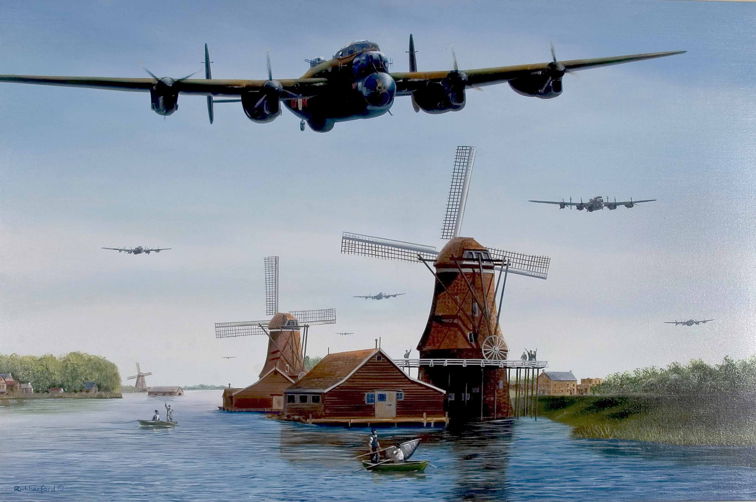 As the only ex-Lancaster pilot in town, Joe played a leadership role in the development of the museum as a founding director and served on the board for twenty years. He was in the cockpit when the bomber was towed into the newly constructed museum in 1991 and to oversee the first start-up of the starboard Merlin engines. As well, Joe and Claire framed and mounted hundreds of items for display in the museum.