The icing-up of an aircraft was often a danger
as crews flew through storms and winter weather in bombers that had no anti-icing systems.
This report by F/O R. LaTurner, a 428 Squadron Lancaster pilot,
tells of a harrowing flight during which his Lancaster experienced severe icing. 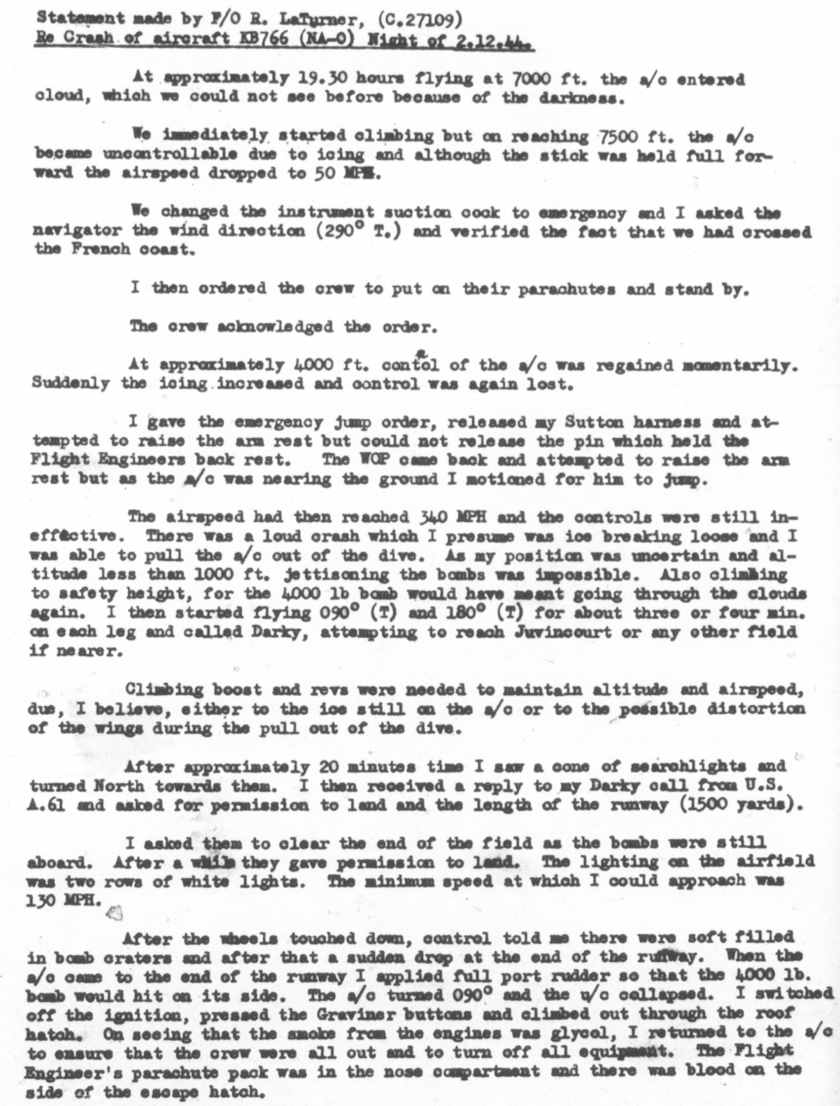 The following is a portion of 428 Squadron's daily report, written the following day.
Sgt. Hempseed was the Lancaster's flight engineer.


W/Cdr A.C. Hull, the commanding officer of 428 Squadron
wrote his own version of F/O LaTurner's efforts in a letter
recommending his pilot for an 'immediate' awarding of the Distinguished Flying Cross,

"On the night of the 2nd December while en-route to attack Hagen, Flying Officer LaTurner's aircraft encountered severe icing conditions immediately after crossing the French coast. He lost control of the aircraft and ordered the crew to put on parachutes and stand by. At 4,000 feet he regained control momentarily and ordered the crew to abandon. With consummate coolness and intrepid courage, he remained at the controls and, as the aircraft was over French territory, decided not to jettison his bomb load or abandon the aircraft but to try and land. On landing he was warned by R/T of soft, filled-in craters at the end of the runway and in order to safeguard the landing strip and the lives of personnel on same, he swung on landing so as to land the 4,000-lb bomb on its side rather than its nose to lessen the danger of detonating it.

"Flying Officer LaTurner's first interest at all times was the safety of his crew and the aircraft. He showed utter disregard for his personal safety, a high degree of courage, initiative and clear thinking. I recommend the immediate award of the DFC." 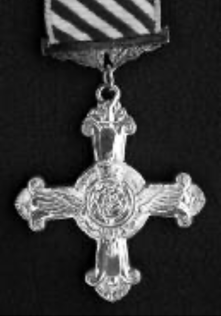