Johnny would have to wait until 19 March to drop his first Grand Slam. This attack focused on another viaduct structure, this one crossing the Ruhr River at Arnsberg, twenty-five miles east of Dortmund. Nineteen 617 Squadron Lancasters took part, six of them carrying Grand Slams and the remainder Tallboys. This time 'J for Johnny' was ready to go.


Martin braced himself for what was to come, "I had dropped Tallboys and knew what the upward spring was on release. But this Grand Slam was a beauty. I heard the release unit 'fire' with its usual sharp retort, and the slam of those great arms (the straps that had been holding the bomb in the bomb-bay) hitting the fuselage as they came free. That Grand Slam, spinning impeccably, went down. And we went UP. Lord how we ascended. Most of us made it six hundred feet upwards, the Lancaster's wings flexing and re-flexing like an overstrung bow and we were the human arrow. 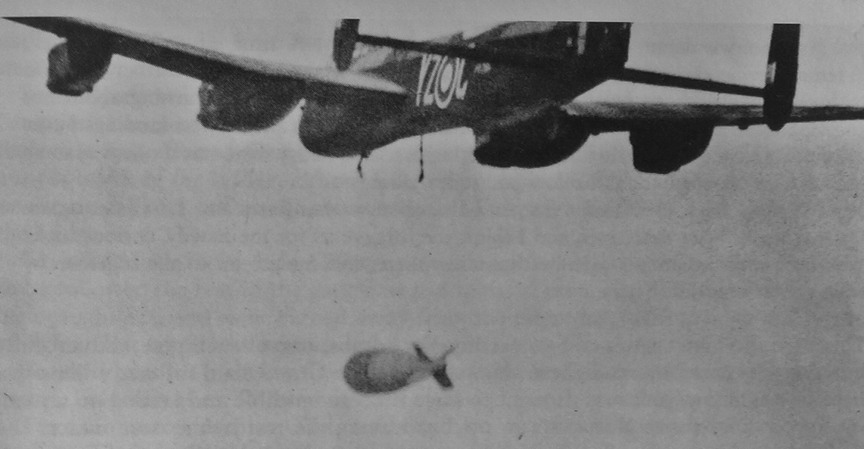 An RAF photographer aboard another Lancaster took this remarkable photo
of the Grand Slam being released from F/O Martin's aircraft over the Arnsberg Viaduct.
Note the two sections of the single strap that held the bomb in the bomb-bay dangling below the aircraft.


"As it struck the viaduct, a magnificent pattern of concentric shockwave circles was shuddering out, the apex being where the viaduct had once arched. Tallboys were already slamming into the circles, creating cross-circle patterns. An immense feeling of lightness and power flowed through the stick as the Lancaster drew breath, delivered of its mammoth babe. The aircraft felt light, responsive, full of bellowing power -in fact, like a Lancaster again." 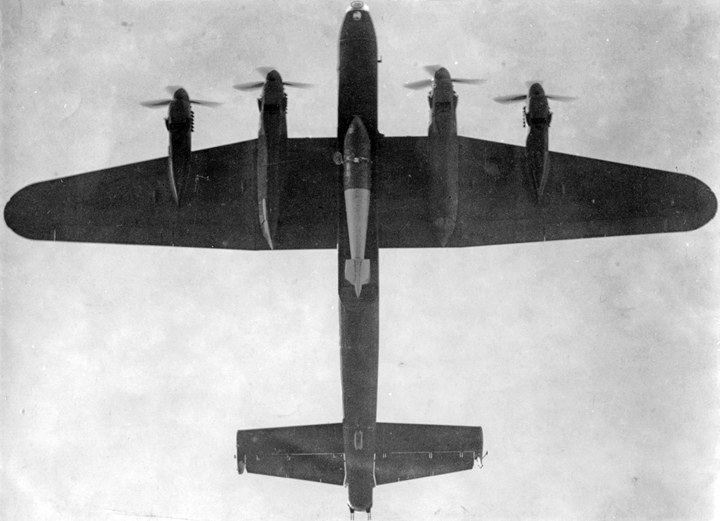 A 617 Squadron Lancaster with a Grand Slam.