"We used to go over Lincolnshire at low-level, practicing. If there were low-level aircraft people used to report them-get their number. We were the only squadron that could go low- level and there were no questions. I used to like it. We'd be out there and there'd be someone out in their hay field with their horse and hay rake and they couldn't hear us coming. When you went over them the bloody horse was gone!"

During the next year, Bill and his crew flew on a wide variety of special operations including low-level raids, the dropping of 12,000 pound "Tallboy" bombs, special operations in support of the French Resistance, precision attacks on factories in occupied France, a diversionary tactical success during the early hours of D-Day, and attacks on U-Boat pens and V-1 Flying Bomb sites.

Bunny Clayton's first operation with 617 Squadron was a raid to Italy following which they landed at Blida in North Africa. Bill recalled, "We had a ball. Coming back we were loaded with groceries, bringing stuff back from the guys that were there. When we were there the skipper came up and said, 'Bill, you've got to go to the Medical Officer.' I said, 'Now what have I done?' He said, 'Oh you'll find out.' I went into the Medical Officer and it was Jim Trainor, the doctor from my home town in Kelso, southeast of Edinburgh. He says, 'Will you do me a favour Bill? Take this home to the wife.' It was three or four pairs of silk stockings."

Following his 49th operation, Bill was told by Leonard Cheshire, 617's c/o, that he had done enough and was being taken off of combat duty. Bill protested, saying that he'd like to complete an even fifty. Cheshire told him, "No, that might be the one." 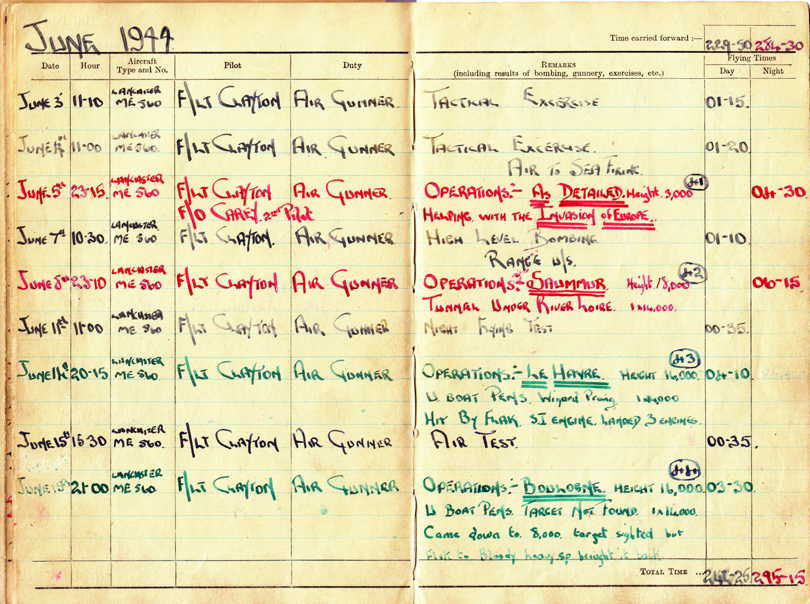 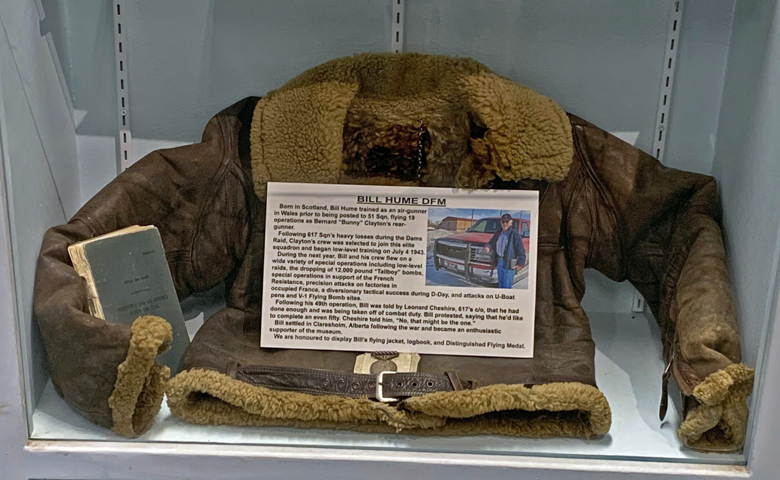