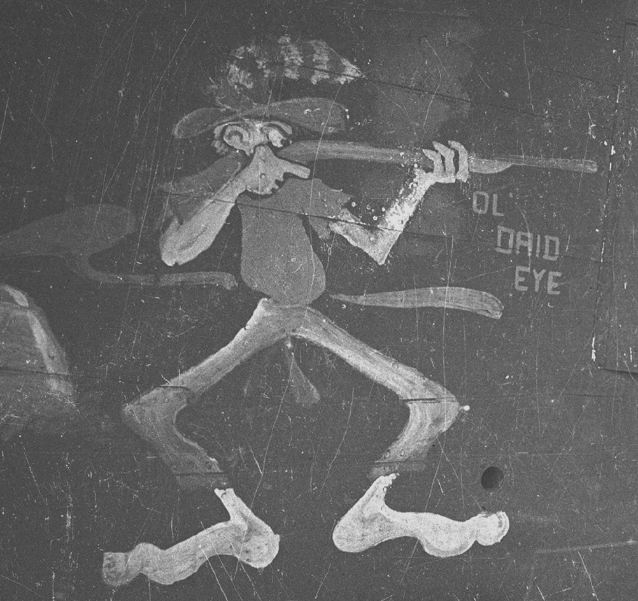 Please note that in F/L Lindsay's photograph (above) you can clearly see Ol Dead Eye's scrotum and it is known that his penis was a small pink rivet. In preparation for display in the Canadian War Museum the pink rivet was repainted and the scrotum was completely painted out. 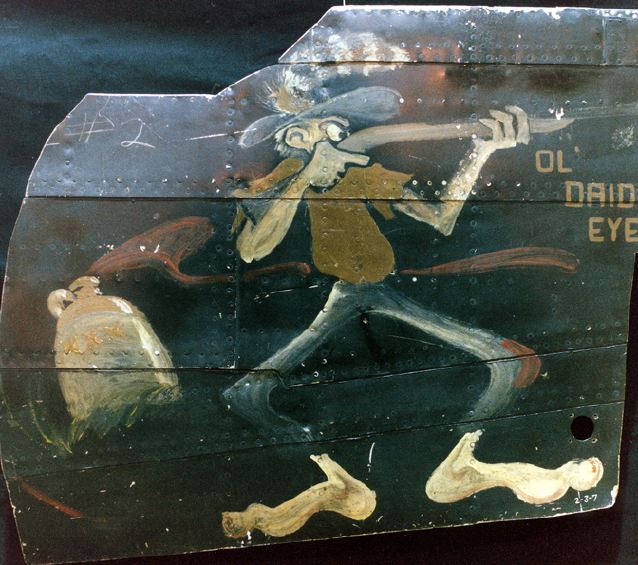 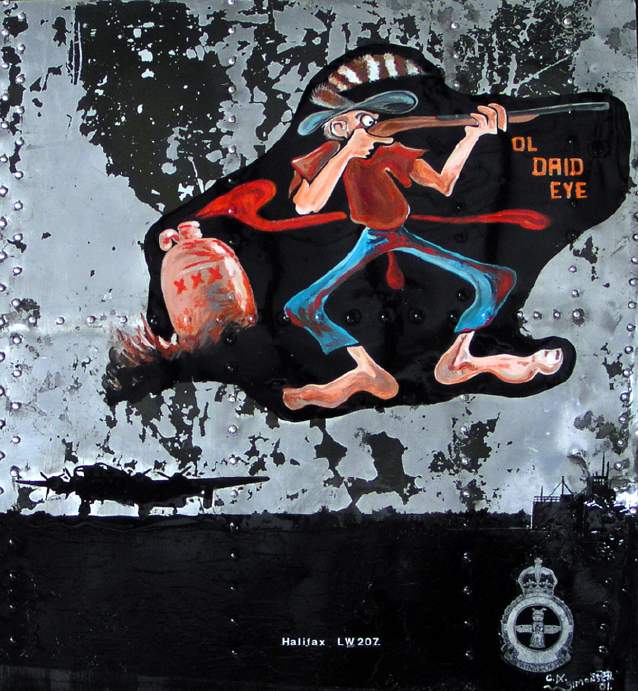 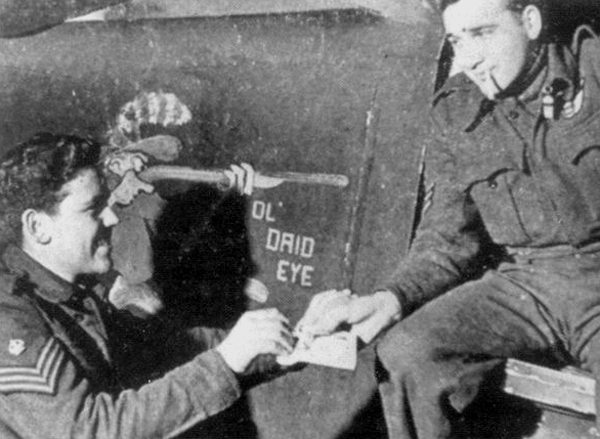 An unknown airman sitting in Halifax LW-207's rear-turret
that has been turned to the beam (ninety degrees from its normal position).