S/L Donald B. Patterson was a Flight Commander and pilot with No. 426 Squadron RCAF. On 17 May, 1944 he first flew Halifax Mk III MZ-674. The aircraft appears to have become his personal aircraft because he flew it on seven operations, including one on D-Day and numerous other flights. The Halifax was marked "OW-W" and named, "Willie the Wolf from the West." This name was taken from the 1943 movie, "Riding High" starring Dorothy Lamour which featured a song titled, "Willie the Wolf of the West." S/L Patterson appears to have modified the title by substituting "from" for "of" as he was from the west -Calgary, Alberta. At the time that the name for the aircraft was chosen, the corresponding nose art was painted on the Halifax. Note that the wolf carries squadron leader designation on his tunic.

Meanwhile back on No. 426 Squadron, S/L Patterson had selected one of the brand new Mk. VII Halifaxes (LW-207) to be his aircraft. Issued the markings "OW-W," the "Willie the Wolf from the West" nose art was painted on her nose. Patterson and crew went on to fly sixteen operations in the aircraft between 23 June and 10 August, 1944. 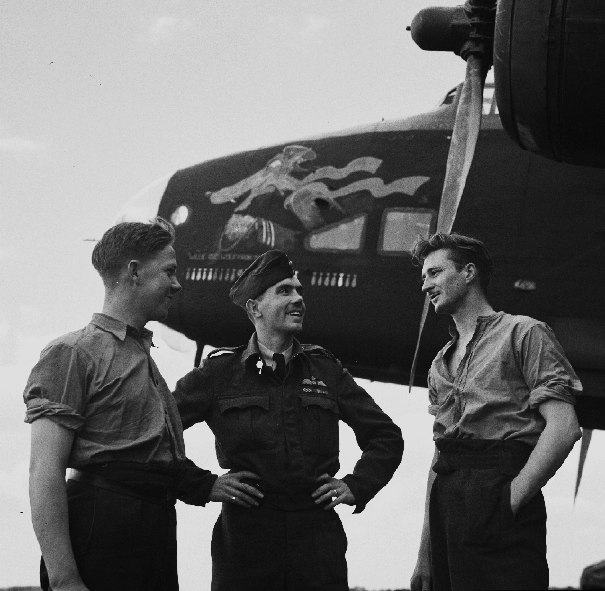 
Halifax LW-207 was damaged on 10 October, 1944 and after repair received the new code letters "OW-K." It completed a total of 58 operations with No. 426 Squadron. After being damaged again, it was transferred to No. 408 Squadron on 20 April, 1945. For some reason, the new crew painted over the nose art name and most of the art work leaving only the wolf's head. As well, 14 white bombs were added.


This replica Nose Art on original skin from NA337 was presented to the current c/o of No. 426 Squadron
by Karl Kjasgaard on 10 June 2004.

Please note that as well as the "Willie the Wolf from the West" nose art, Halifax LW-207 also carried tail art ("Ol' Daid Eye"). This tail art is also part of the Canadian War Museum's Collection. 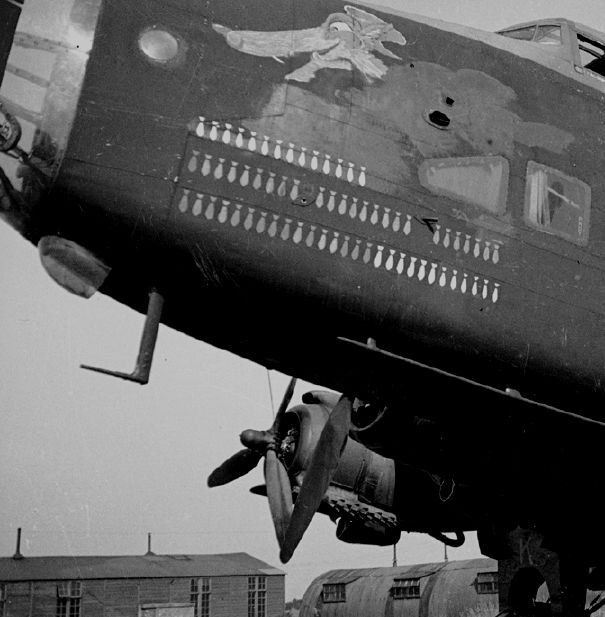