The three paintings by Harold Veresh that are on display at the museum are large format (4' x 8').
Harold Veresh is a resident of Port Coquitlam, British Columbia.

Although Harold never served in the Armed Forces, he always had an avid interest in airplanes. He was particularly fascinated with World War II aircraft, such as the Lancaster Bomber, the B17, and the Spitfire. Several members of Harold's family, however, have served in the Canadian military. Harold's father, Jim, enlisted in the Army in 1943. His Uncle Andrew Veresh also served in the Canadian military from 1941 until the end of WWII. Harold's oldest sister, Gloria, joined the Royal Canadian Armed Forces in 1967 and served for many years across Canada and overseas.

Harold's talents include music, particularly playing guitar, and in addition to his paintings of airplanes, he has done many landscape paintings over the years. Harold is now retired and lives in Port Coquitlam, B.C. near his children and grandchildren. 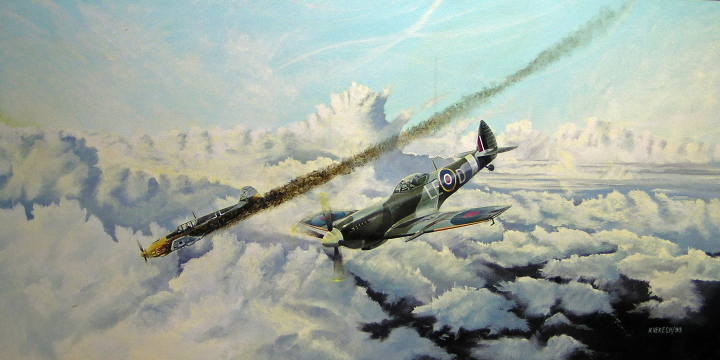 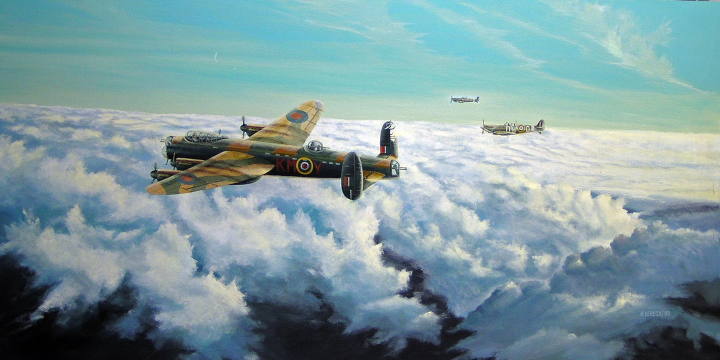