Museum Collections
Vehicles of the BCATP 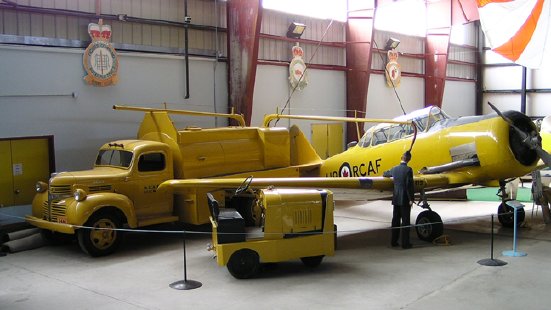 Trucks such as this served on all British Commonwealth Air Training Plan bases in Canada during World War II. They were ready specifically equipped to respond to aircraft accidents on or near the base.
This truck served during the war at the BCATP airbase at Vulcan, eighteen km east of Nanton. It was then purchased by the Town of Nanton as the community's first fire truck, serving until 1977. During this time it became affectionately known as "Old Bumpy" because the unusual tread on its original RCAF tires made for a very bumpy ride.
"Old Bumpy" is presently on long term loan from the Municpal District of Willow Creek. With the generous assistance of Nanton businesses, the truck was delivered to Nanton and necessary body repairs, painting, and restoration work completed in order that we may display this valuable artifact in its wartime configuration and appearance. 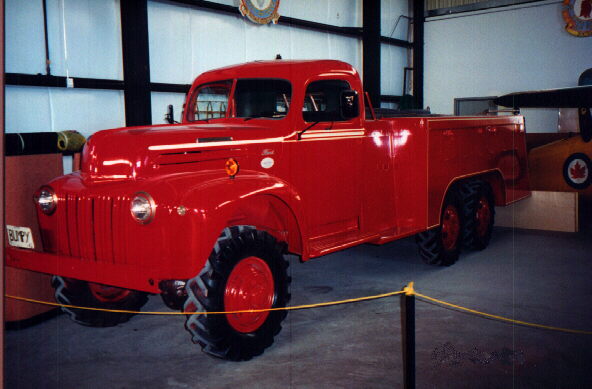 
Trucks such as this served on all British Commonwealth Air Training Plan bases in Canada during World War II. They were ready to respond to fires in the hangars or other buildings on the base. As well they would be available for emergencies involving aircraft.
It is not known which particular base in Alberta this truck served on. The truck was purchased by the Village of Forestburg in 1947 from Crown Assets and served as the village's fire truck until it was replaced by more modern equipment.
Following a suggestion by Mrs. Selma Phillips of Nanton and Mr. Ian Laing of Forestburg, the truck was donated to the museum in 1993 by the Village of Forrestburg and the Forestburg Fire Department. With the generous assistance of Nanton businesses and individuals, the truck was delivered to Nanton and necessary body repairs and painting were completed in order to restore this valuable artifact to its wartime configuration and appearance. 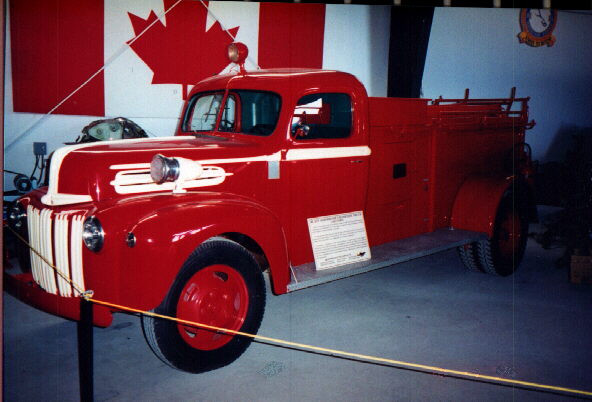 Tractors such as this served on all BCATP bases during World War II. This towing tractor is believed to have served on a BCATP base in Alberta. It was donated to the Society by 408 Squadron which flew Lancaster Bombers during the war. Currently a tactical helicopter squadron, they are now based at CFB Edmonton.


This vehicle was one of a number built by Ford of Canada for shipment to England to support the Royal Canadian Air Force's operations. The right hand drive was a requirement for use in England.
However this vehicle, and a small number of others were diverted to Western Air Command for service in the Aleutian Campaign. It was used in the defence of the northwest coast of Canada and in Alaska. The truck was donated to the Nanton Lancaster Society by Alexander and Dorothy Miller of Spruce Grove, Alberta in 1997. 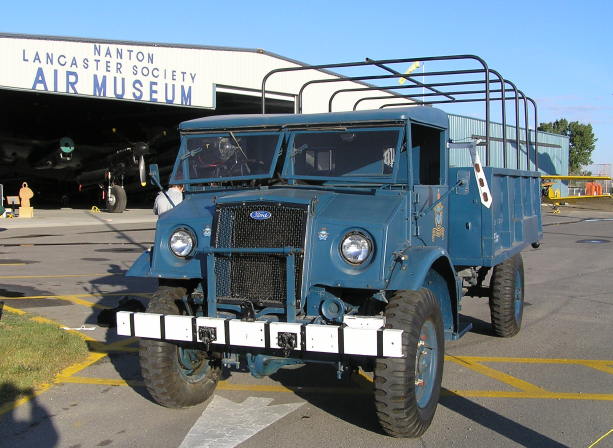