The coastal batteries on Wangerooge Island controlled the approaches to the German ports of Bremen and Wilhelmshaven. Bomber Command attempted to destroy them on 25 April 1945.

Thirteen of the fourteen 6 Group Squadrons participated and four Lancasters from 405 Squadron, the Canadian Pathfinder Squadron, marked the target. 196 RCAF bombers took off on what would be the Canadian Squadrons' final bombing operation of the war.

It was a daylight raid and the weather was clear and bombing accurate until smoke obscured the target area. The area around the batteries was badly damaged but the guns were capable of firing within a few hours.

Seven bombers were lost, six being involved in a tragic accident that occurred when one bomber hit the slipstream of another which then lurched into a third. Within moment six aircraft were falling into the sea -four of them Canadian. All twenty-eight of the RCAF crewmen were killed.

The last Canadian bomber to return to base was 428 Squadron Lancaster D-Dog. It touched down at 20:36, concluding the Canadian Squadrons' bombing operations during the Second World War. 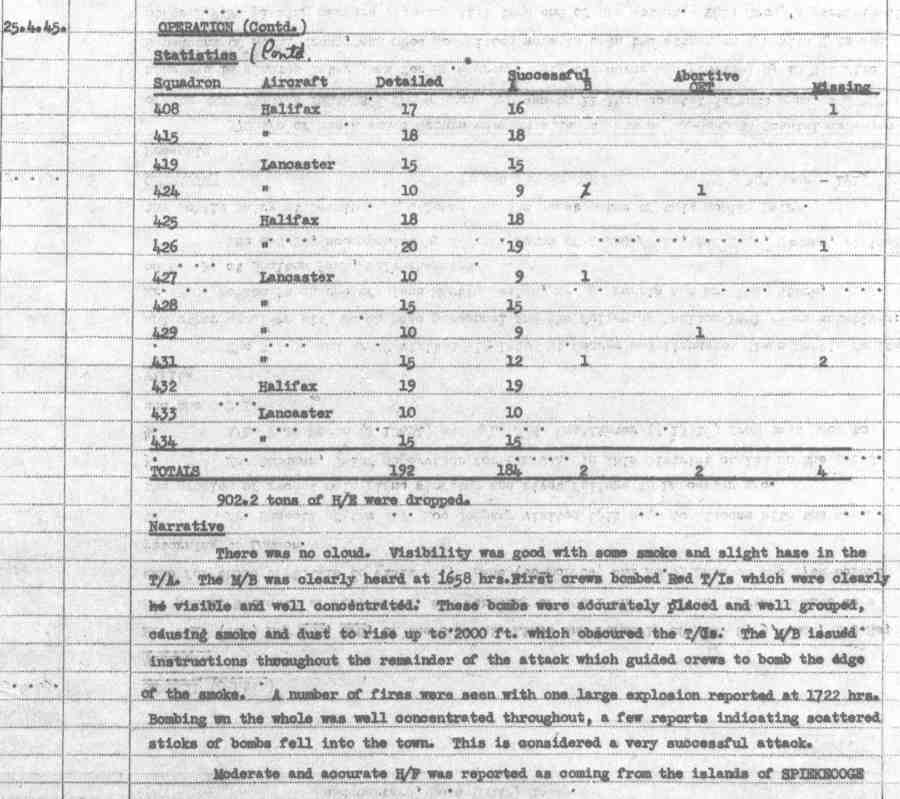 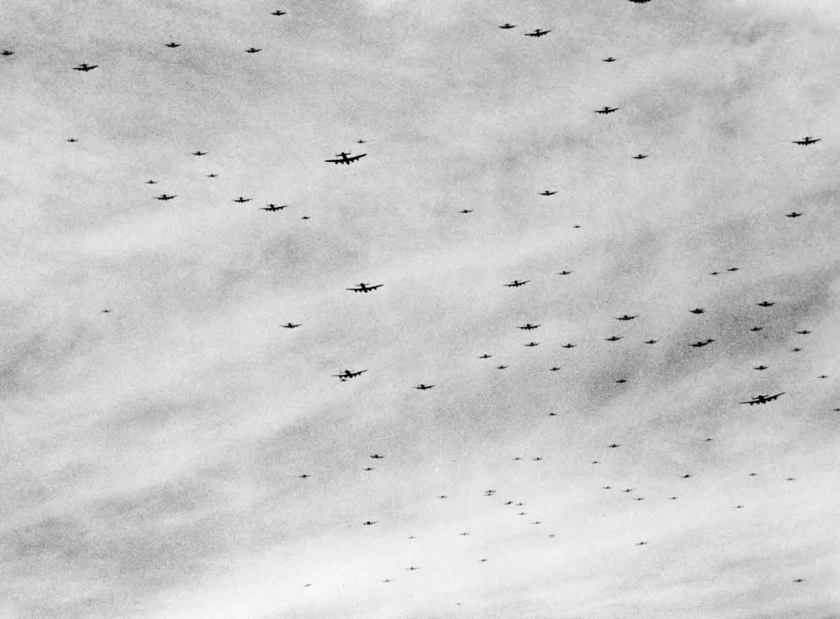 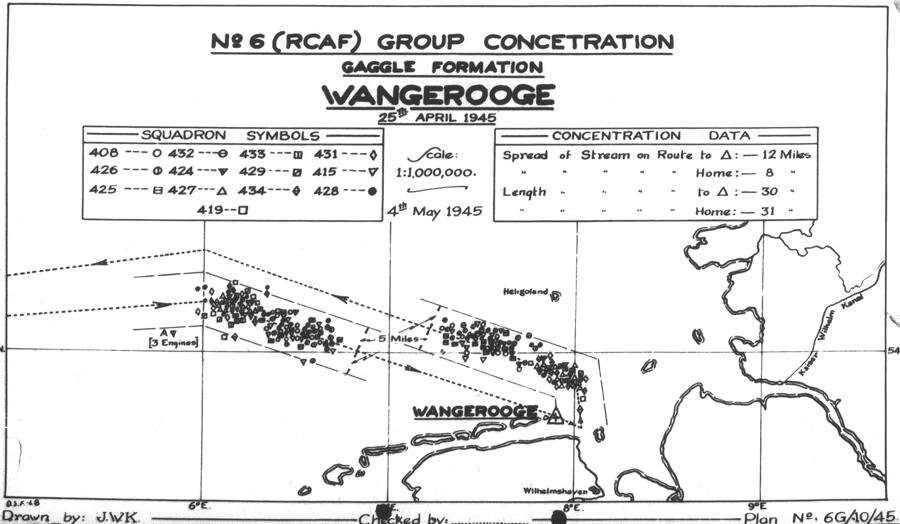