Bombing Berlin and the Battle of Britain

On August 25, 1940, Stewart Robertson, a Canadian who had joined the Royal Air Force in 1937, participated in what was one of the most significant raids of the war and one that many feel may have changed its course. Following attacks by German bombers on London the previous night, the War Cabinet authorized Bomber Command to attack the German capital, Berlin. Ironically, the bombing of London had been a mistake. German crews were under strict orders to avoid such actions while concentrating on destroying the RAF fighters and their airbases. Thus, Winston Churchill was given the heaven-sent opportunity to change the complexion of the war.

52 aircraft, including five Whitleys from F/O Robertson's 78 Squadron, participated in the operation. Severe headwinds were faced on the return flight and six aircraft were lost, some probably due to the "atrocious" weather. Stew was flying for over nine and a half hours that night, as usual on instruments with no visual aids and with only a compass and assumed winds as navigational aids.

After the struggle to reach the city, F/O Robertson reported that he was unable to bomb due to "10/10" cloud all the way from the Dutch coast and over the target. Instead, "nickels" were dropped. This was the term for propaganda leaflets.

But other aircraft did bomb Berlin and the raid so infuriated Adolf Hitler that he ordered the Luftwaffe's daylight attacks to be directed on London rather than completing their job of destroying the RAF's Fighter Command. This action removed the pressure from the RAF's hard-pressed fighter force, enabling them to have some time to recover and become capable of defeating the Luftwaffe in what became known as the Battle of Britain. 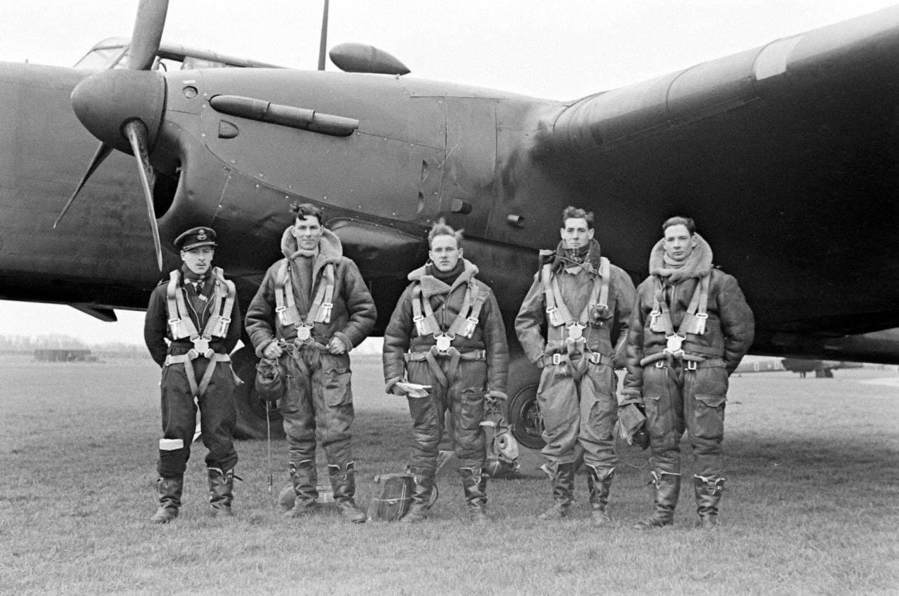