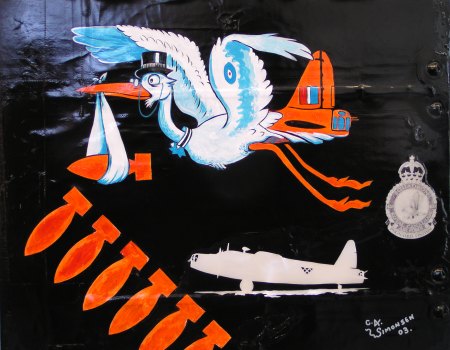 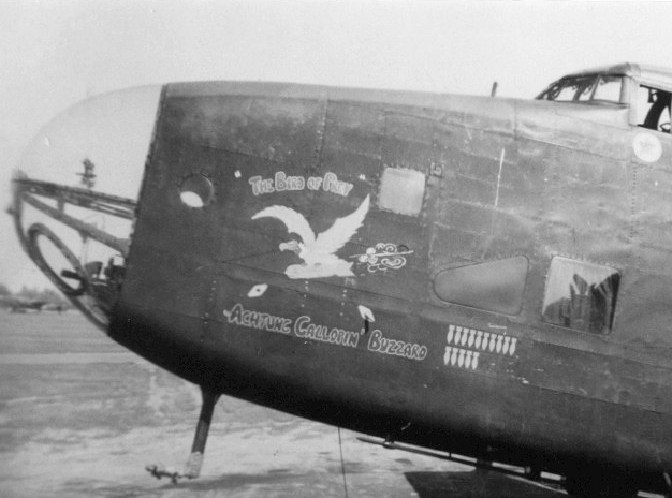 
The museum is honoured to display Skip Rutledge's suitcase
that carries No. 420 Squadron's symbol and a record of his travels during World War II. 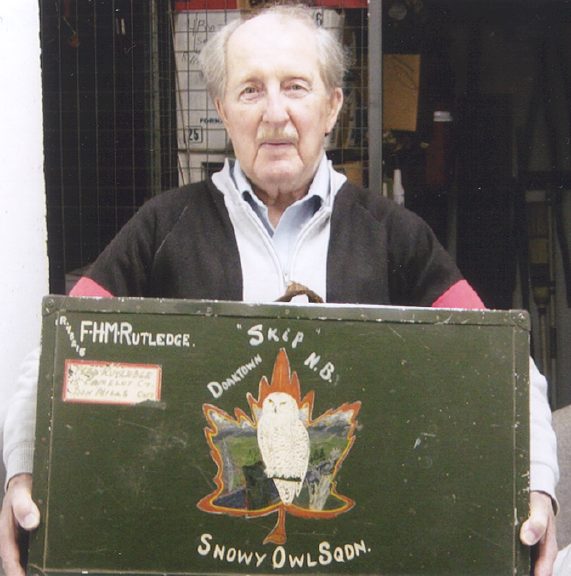 The following is a portion of a poem written by former "Fangs of Fire" crewmember Bill Bartlett following Skip's death in 2006:

Skip was a master at his trade
We came back, engines humming, after every raid
No worry did we have, for Skip was number one
Search lights and flak were a present from the Hun
The symbol for our Hali was "Fangs of Fire"
On the nose of our bomber it did inspire.