After spending six months at Alliford Bay, Ferguson returned to Calgary where he was married and then joined the RCAF's No. 416 (Lynx) Squadron based at Peterhead, Scotland. Here he designed the artwork for the squadron's badge that features a lynx leaping in front of a maple leaf. He also painted the design on a number of the Spitfire aircraft that the squadron was flying at the time. The maple leaf background for his artwork became a Ferguson trademark. 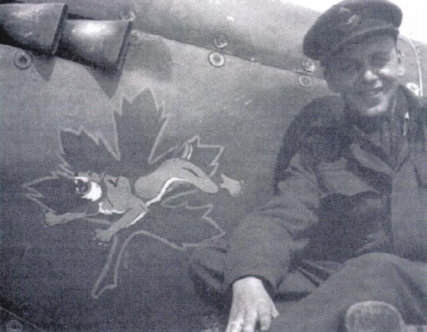