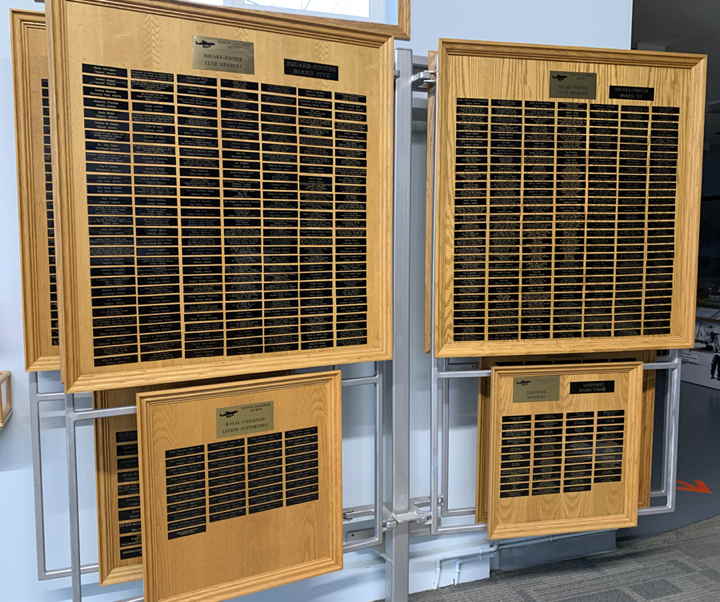 The museum's Memorial Plaque Program began in 1989 when funds were being raised for the initial museum building. At that time four classes of membership were available -a regular membership, a five-year 'Square-Footer' membership, a Lifetime membership, and a separate category for Royal Canadian Legion Branch supporters.