Designed as an army co-operation aircraft, the Lysander first flew in 1936. During the spring of 1940, Lysander squadrons fought in Belgium and France. It soon became apparent that the concept of the slow army co-op aircraft was outdated. Almost half were lost and the type was quickly withdrawn. Back in England, some flew air-sea rescue operations, dropping dinghies to downed aircrew. 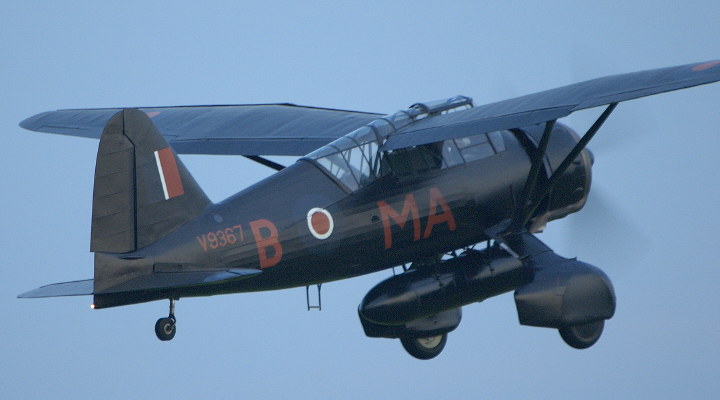 However, soon the aircraft found it's true element. With excellent short and rough field performance, the Lysander could insert and remove agents from enemy occupied areas and retrieve Allied aircrew who had been shot down and had evaded capture. For this role, they were fitted with a fixed ladder over the port side to hasten access to the rear cockpit and a large drop tank under the belly. In order to slip in unobtrusively, the Lysanders were painted matt black, and operations were often planned for moonless nights.