The military version was known as the C-45. 236 Expeditors were supplied to the RAF and RCAF and an additional 67 served with the Royal Navy's Fleet Air Arm. The allied air forces used them in a wide variety of roles including navigational training, bombing and gunnery training, utility transport, search and rescue and aerial photography. As a passenger transport, they were typically configured to carry six people.

The aircraft continued to serve after the war and its use in the Royal Canadian Air Force was expanded considerably as it replaced the Avro Anson in a number of roles. It became the primary multi-engined training aircraft and was also used as a navigational trainer, VIP transport, and search and rescue aircraft. Used by a number of different squadrons, the Expeditor continued to serve with the RCAF until 1968 and many served in the bush for years thereafter with civilian operators. 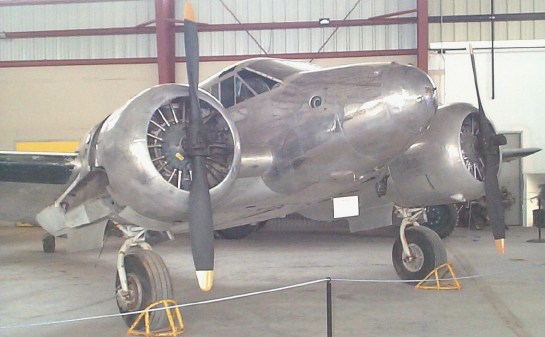 Over the years, CF-MPI was primarily used for the transportation of personnel and supplies but also saw service in search and rescue work, anti-smuggling roles, and mercy flights.

CF-MPI served with the RCMP until 1973, the longest serving of five "Expeditors" which were operated by the service until replaced by the de Havilland Twin Otter.